Everything You Need to Know About Unenforceable HOA Rules

Webinar: How to be a Good Neighbor: Effective Communication of Rules Enforcement

Webinar Replay: How to be a Good Neighbor: Effective Communication of Rules Enforcement.

It’s important to understand HOA rules, but knowing unenforceable HOA rules is just as important. While rules are meant to keep the community safe clean, and pleasant, some associations implement rules that are unreasonable — and downright illegal.

Homeowners associations must keep in mind that although they have the ability to enforce rules, that authority has limits and not all rules are enforceable. In fact, knowing which rules a board has the power to enforce and which ones they don’t, can also impact board budget reporting.

For some helpful hints on board budgeting and how to ensure accurate financial reporting, watch the video above!

HOA rules bind residents, boards and property management companies through specific policies and concrete policies. As the leader in the property management industry, FirstService Residential is committed to helping you board members familiarize themselves with these community management, high-rise and HOA ordinances to better protect and serve your community.

As a board member, it is imperative for board members to stay aligned and keep HOA ordinances and regulations in mind when creating the goals and vision of a community. 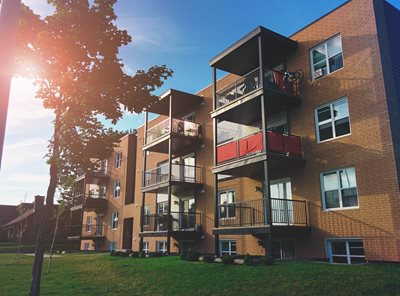 In order to understand what unenforceable homeowners association (HOA) rules are, it’s important to first be familiar with HOA rules in general. Essentially, HOA rules or covenants are policies that are implemented within a neighborhood or community. HOA rules are put in place to preserve property values and to regulate the behavior of residents.

HOA rules vary depending on the community. The exact rules can be found within the association’s Covenants, Conditions, and Restrictions (CC&Rs) and apply to every member of the community — including homeowners and tenants. In a nutshell, HOA rules dictate what homeowners can and cannot do.

What Exactly Are Unenforceable HOA Rules

When an HOA enforces rules inconsistently, it may be held liable for violating the Fair Housing Act (FHA). For instance, if an HOA fines a certain protected class but not others, they may be charged with discrimination.

Inconsistent enforcement also applies to rules that are in force but not applied. For example, if an HOA has rules against colored fences but has not enforced the rule in over 10 years, they may have a difficult time penalizing those who have painted their fences within those 10 years.

HOA rules should always complement federal and state laws. Hence, an HOA cannot create CC&Rs that violate or breach the law. Below are some important items to know and understand when it comes to the legal parameters around HOA laws and regulations.

An HOA can’t enact laws whenever it wants to. Associations need to follow proper procedures when introducing or amending rules and regulations.

For example, many HOAs require members to vote on rules. If a rule doesn’t receive the majority vote, it may be unenforceable. Similarly, some states require HOAs to register their rules with the Land Records office. Failure to do so would render the rules inapplicable.

Enforce With No Authority

As always, the HOA is governed by federal and state laws. It cannot overstep the boundaries.

HOAs have a limited amount of authority. Although a community association can fine its members, it can’t impose a fine without a valid cause. An association may fine a resident for violating the CC&Rs but it cannot fine you simply because it has the power to do so, for example.

Pro Tip: At FirstService Residential, we understand the importance of effective communication with residents – especially when it comes to sharing information related to enforceable and unenforceable HOA policies. Read this article to supercharge your HOA communications! 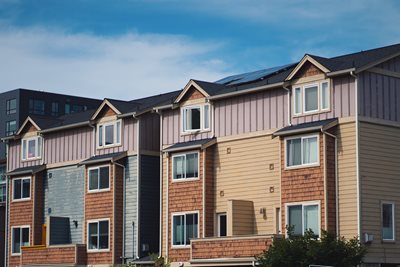 If formal action is necessary, homeowners have standing to challenge HOA covenants in state court, typically in the county in which the community is located. If the improper covenant or enforcement thereof violates the FHA, the homeowner can file suit in federal district court or file an administrative housing complaint with the Department of Housing and Urban Development’s Office of Fair Housing and Equal Opportunity.  In states that favor pre-suit mediation, an impartial opinion from an experienced mediator can sometimes convince an HOA board to reassess an untenable position and forego further enforcement.

The options available to a homeowner facing HOA enforcement of an improper covenant—or a homeowner singled out for inconsistent enforcement—vary between states and based upon the nature of the covenant in question.  In appropriate cases, it may be worth speaking with the board about the issues before taking any formal legal action.  A well-written letter from a homeowner (or homeowner’s attorney) expressing valid concerns about the validity of a restriction or the board’s enforcement may be sufficient to change the board’s analysis.

If legal action proves necessary, or if the association has already instituted legal proceedings, it’s almost always a good idea to consult with an experienced attorney.  An attorney familiar with the relevant state’s HOA laws will be able to evaluate the merits of the association’s position and the homeowner’s available defenses.  Counsel can also provide valuable advice on important issues like statutes of limitations, potential alternate claims and defenses, and the merits of seeking a negotiated compromise versus pursuing litigation.

It’s worth noting that state HOA statutes and community declarations often include “fee-shifting” provisions requiring a losing party to reimburse the prevailing party’s legal fees in suits involving enforcement of covenants.  In Ritter & Ritter v. Churchill Condominium Assn., 166 Cal.App.4th 103, a case from 2008 involving secondhand smoke, a court in California ordered an association to pay over $500,000 of a member’s attorney’s fees. Litigation is notoriously expensive, but fee-shifting provisions can defray some or all of the cost of defending against an HOA’s attempt to enforce an unenforceable covenant.

Community associations should not have unenforceable HOA rules, otherwise, they may find themselves in legal trouble. To ensure that the rules complement the law, board members should consult HOA management companies.

Connect with FirstService Residential. Our team has been managing multi-family properties, such as condominiums and apartments, for over ten years. We can help you establish an HOA and create CC&Rs that conform with existing laws. With our in-house team of attorneys, we’ll make sure that your HOA rules are always enforceable.