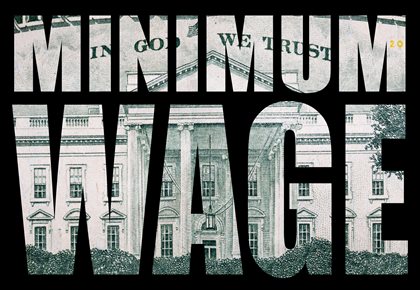 In June, the Miami Beach City Commission unanimously approved an ordinance to increase the city’s minimum living wage. The ordinance, which was first proposed by Mayor Philip Levine, will take effect on January 1, 2018.
The City’s minimum wage will increase to $10.31 per hour beginning in 2018 and will increase by one dollar each year until it reaches $13.31 in 2021. At that point, the City Commission will decide, on an annual basis, whether additional increases should be implemented. The $13.31 figure was chosen because that is the minimum wage that the Miami Beach City government pays its own employees.
Miami Beach is the first municipality in the state to increase its minimum wage above the state level. In 2004, Florida residents voted to approve a constitutional amendment that allowed municipalities to do just that – set a higher minimum wage than the state to reflect the higher cost of living in given areas. The increase comes at a time when the cost of living in Miami Beach is at an all-time high. In fact, it is one of the highest in the country. The move also falls in line with the recent national movement to significantly raise wages.
Although this ruling won’t take effect until 2018, its impact on the current unemployment market in Miami Beach and neighboring areas will likely be felt sooner. By 2018, this change will certainly have an impact on condominium and homeowners’ associations, both of which will be required to pay their staff higher wages, and potentially pay higher vendor fees for outsourced services.
Associations in Miami Beach will need to take this change into account when preparing their 2017 budgets, and also consider the additional increases to homeowner assessments in 2018.
For more information, contact FirstService Residential, North America’s community association management leader.

Check out the related info about budget, communication, insurance and other property management concerns today!

Photo of a woman in an active lifestyle community doing yoga in front of a laptop.

How to Choose the Right Lifestyle Community for Your Needs