For some helpful hints on board alignment and how to stay on the same page with your fellow board members, watch the video above!

At FirstService Residential, we are available for board members and residents across the state and are committed to helping them understand the ever-changing landscape of HOA laws in North Carolina. Our localized and expert management teams can help you navigate the legal landscape and handle everything from emergency management and equipment maintenance to community newsletters and resident surveys. Our team serves various areas throughout the state, including: Charlotte, Raleigh, Durham, Asheville and various other local communities across North Carolina.

Similar to many other states, North Carolina has its own set of HOA laws that govern community associations. FirstService Residential, the leading property management company in the region, allows board members to better understand what these laws are.

Let’s break down and explore one of the most significant laws in the state you should know front to back here.

How the NC Planned Community Act Affects Your Community

The North Carolina Planned Community Act falls under the North Carolina General Statutes Chapter 47F. This Act governs homeowners associations in North Carolina, including how they must be created, managed, and operated. If your planned community was formed on or after January 1, 1999, it will follow this Act.

In 1999, the North Carolina General Assembly enacted this act as Chapter 47F of the North Carolina General Statutes.  The Act was intended to establish certain rights for property owners in planned communities, establish a framework of rules and regulations to govern planned communities, and grant owners' associations the powers necessary to manage them.

Keep in mind, there is an exception to this rule. Communities in the state that consist of 20 or fewer lots operate outside of this Act. In fact, these communities or associations can elect to fall under the sections of this Act by including it in their declaration. If an exempted association does not expressly opt-out of this statute, specific provisions may still apply to their community. Concerning association powers, fines and the display of flags and/or political signs can all be examples of this.

The North Carolina Planned Community Act is broken down into 3 articles:

While the Act, as a whole, applies to planned communities created after January 1, 1999, some, but not all, of the provisions also apply to planned communities created prior to January 1, 1999. While this partial application occasionally provides some guidance to pre-1999 communities, it can also cause confusion for them because the answers to other important questions can only be found in the community's Governing Documents, and such answers are often hard to find or, even worse, not addressed at all.

Some of the most common problems that arise in pre-1999 planned communities that are not governed by the Act or addressed by the Governing Documents are:

The Act addresses this issue in N.C. Gen. Stat. § 47F-3-102(9), which states that one of the powers of an association is the power to "grant easements, leases, licenses, and concessions through or over the common elements."  Unfortunately, this provision of the Act does not apply to pre-1999 planned communities. If the Governing Documents for a pre-1999 community do not explicitly give the association the power to grant easements or licenses over the common elements, the association should not attempt to do so without member approval. When faced with this scenario, a pre-1999 community must review its Governing Documents and consider the same member approval options described above regarding conveyances of the common elements.

Associations are often faced with a need to convey a portion of the community's common elements to address a boundary line issue, as security for a loan to the association, or for any number of other reasons.  Many declarations do not grant the association board of directors power to convey any interest in the common elements.  That being said, a conveyance will require a certain level of approval from members.

But, what is the extent of the approval needed from board members? A majority, a super-majority, or unanimous consent?  For post-1999 planned communities, the Act clearly specifies the level of member approval.  N.C. Gen. Stat. § 47F-3-112 provides that the common elements may be "conveyed or subjected to a security interest by the association if persons entitled to cast at least eighty percent (80%) of the votes in the association, or any larger percentage the declaration specifies, agree in writing to that action."

Some common provisions include:

As can be expected, association directors and members often differ, sometimes strongly, in their interpretation of the association's Governing Documents.  Unanimous consent is almost impossible to obtain and there is no guaranty that complying with the Act will enable a pre-1999 planned community to withstand a challenge from a member who opposes the conveyance.  Ultimately the decision will depend upon the specific terms of the community's Governing Documents and the risk the association is willing to bear that a decision will be contested in court including consideration of the ramifications of an adverse ruling.

One of the duties of an association's board of directors is to establish an annual budget for the association which will be funded, primarily, if not exclusively, by assessments against owners.  Since assessments are determined based on the budget, the annual budget is very important to owners.  Some, but not all, pre-1999 planned community Governing Documents include provisions requiring some level of owner approval to increase annual assessments in excess of a certain amount; for example: in excess of 5% over the prior year's budget.  Owners in the pre-1999 communities whose Governing Documents are silent have no control over the budget other than to vote off (or in some cases, to remove) the board directors who have adopted an unpopular budget.

The Act gives owners in post-1999 planned communities the power to reject the board of directors' budget.  N.C. Gen. Stat. § 47F-3-103(c) provides that the owners in a post-1999 planned community must be given an opportunity to ratify the community's budget.  After preparing the budget, the board of directors must provide a summary of it to all owners and hold a meeting to consider the budget.  It is not necessary that a quorum of owners be present at the meeting.  If the owners of at least a majority of all the lots in the planned community reject the budget, it will not be ratified and the budget for the previous year will continue in effect until the budget is ratified.

This is the most significant governing document. One of the most common, and certainly most important, actions taken by an association is the amendment of its Governing Documents, specifically the declaration.  Until legislation enacted by the General Assembly in 2013, pre-1999 planned communities could only amend their declaration if, and upon the terms, provided for in the community's declaration and other Governing Documents.  In 2013, the Act was amended to make N.C. Gen. Stat. § 47F-2-217, the declaration amendment section of the Act, applicable to pre-1999 planned communities except as provided below.

N.C. Gen. Stat. §  47F-2-217(a), which, with the exception addressed below, is now applicable to all planned communities, provides that "the declaration may be amended only by affirmative vote or written agreement signed by lot owners of lots to which at least sixty-seven percent (67%) of the votes in the association are allocated, or any larger majority the declaration specifies."  The association's declaration may require a higher level of member approval, but the minimum level of member approval in a residential community is 67%.

The amendment applying N.C. Gen. Stat. § 47F-2-217 to pre-1999 communities is new and has not yet been interpreted by a North Carolina appellate court.  Until that time, planned communities without clear amendment provisions in their declarations should consider taking the conservative approach and complying with the Act. 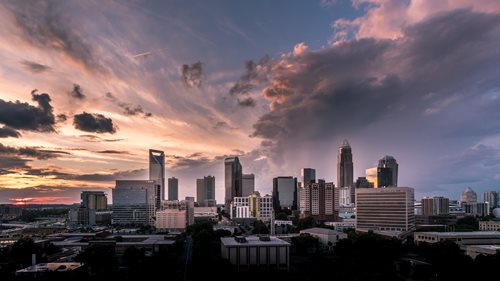 Connect With Us to Receive Support

There are several other provisions of the Act that do not apply retroactively to pre-1999 planned communities, but the provisions discussed above seem to create the most problems.  Directors and members of a pre-1999 planned community who desire to convey title to or grant an easement over common elements, grant members some level of budgetary approval, or amend the community's declaration based on the current provisions of its Governing Documents will need to carefully interpret their community's Governing Documents to decide how to proceed.  In some cases, the best way forward may be to amend the Governing Documents or simply adopt the application of the Act in its entirety to the planned community, an alternative that the Act makes available pursuant to N.C. Gen. Stat. §  47F-1-102(d).

In any event, these are not decisions to be taken lightly and associations facing these choices should seek legal advice before choosing a course of action that could ultimately be determined to be invalid if challenged.

Understanding the North Carolina Planned Community Act and other regulations that apply to your association can come as a challenge. Considering the importance of abiding by these laws, though, all associations must make an effort to remain informed. If your HOA board finds it difficult, perhaps it is time to outsource the job to a trusted HOA management company.

As one of the leading property management companies in the state – coupled with the depth of resources and local knowledge of various areas throughout the North Carolina area, FirstService Residential provides end-to-end property management solutions custom fitted to your community association’s individual needs.

Contact us online to connect with one of our local property management specialists today to learn more!

Disclaimer: This post is not intended to give, and should not be relied upon for, legal advice in any particular circumstance or fact situation. No action should be taken in reliance upon the information contained in this post without obtaining the advice of an attorney.